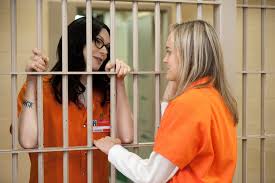 Say you are assigned to a new project.

The project’s organizational structure influences the formal power and role of the project manager. The way the PM chooses to exert power affects the type and quality of the team relationships. The Prisoners’ Dilemma provides insight into the impact of collaborative versus competitive behavior.

Organizational structures, modes of power, and The Prisoners’ Dilemma can provide the PM with insight into leading the team

The Guide to the Project Management Book of Knowledge (PMBOK® Guide) describes organizational structures and the PM’s role. As we move along the continuum from functional to matrixed to project-based structures, the PM’s formal power increases:

The organizational structures employed by many companies can include components of all of these categories.  These mixed structures are often complicated and difficult to navigate because the rules of engagement can be complicated.

My company uses a service delivery model to staff software development projects.  Application owners (functional managers) are accountable for delivering value to the business and play the role of general contractor with the other technology service providers that comprise the project team.

The development team generally reports directly to the application owner. Most of the other technology team members report to both the project and their functional organization (e.g., project management, testing, release management, database administration, etc.)

When formal roles and responsibilities are not clear, PMs need to comprehend the underlying structure, the roles, and the decision-making structure to successfully lead the team.

There are three modes of power and influence: positional, relationship, and expertise.

Modes of power provide insight into how we engage our team

Positional power can have limitations, too.  When positional power is overused, subordinates or colleagues may comply, but grudgingly.  Or, in extreme circumstances, they may actively undermine the leader.

Project managers have a certain degree of positional power based on their role.  Depending on the organizational structure, the PM’s positional power can be explicit or implicit.  However, only in rare circumstances does the PM have the ‘managerial’ power to hire, fire, and formally evaluate an individual’s performance.

Project managers can use their communication, relationship building, and influencing skills to develop their relationship power. To quote Tom Peters:

Management is about arranging and telling. Leadership is about nurturing and enhancing.

Expertise power is derived from technical or industry-specific knowledge and skills.  Expertise power is generally reserved for those who possess skills significantly greater than their peers. As a result, it is often difficult for PMs to exert expertise power, because project management is perceived as a ‘generalist’ role.

The Prisoners’ Dilemma helps us understand the value of collaboration

In both experimental and practical applications of The Prisoners’ Dilemma, there is an interesting change in behavior if the game is played only once versus multiple times. If the game is only played once, there is a strong incentive to act in self-interest and confess. However, when the game is played multiple times, the incentive changes and collaboration is the dominant strategy. It is in the prisoners’ best interest to remain silent and not confess.

The lessons of The Prisoners’ Dilemma can be helpful in understanding team dynamics. In general, the dominant strategy is to be collaborative and use relationship power. In limited cases, self-interest and positional power can be used to aggressively-drive a team over the short-run. This approach can be employed, with caution, when a project is troubled or behind schedule.

Here is an example of how these concepts came together on a project:

The project had a complicated matrixed organizational structure. The project leadership was distributed between different business areas, a business PM, and the application owner who oversaw the development team. My technology PM did not have a formal leadership role. At the working level, there was no one with clear positional power. I had longstanding friendships with the business project leader and the application owner so I possessed relationship power.

The project started going badly at the beginning of the development phase. We were writing code, but the requirements were not final. The team was behind on its development and testing tasks. The defect rate was very high and the team was in constant re-planning.

At this point, I hired a new senior project manager. The new PM was able to establish both positional and expertise power. He also moved aggressively (Prisoners’ Dilemma self-interest role) to take control and stabilize the project.

Within a month, the project had steadied but the aggressive leadership style was beginning to fray relationships. At this point, I counseled the PM to shift to a more collaborative approach because the PM needed to maintain long-term relationships with the other team members.

There are several lessons from this example:

Establishing power and influence within a project team can be complicated.  There are many factors that contribute to the formation and strength of the team. A project manager will be more successful in leading the team when the organizational structure, the project characteristics, and the team dynamics are thoughtfully considered.

2 thoughts on “Organizational Structures, Modes of Power, and The Prisoners’ Dilemma”