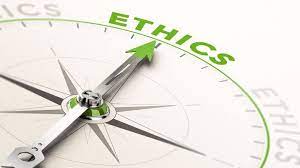 Project managers rarely face ethical dilemmas.  We generally do not make life-or-death decisions or need to choose between “right” and “wrong.”  However, we need to be prepared and have a framework for confronting these circumstances when they arise.

My career is probably more colorful than most:

I managed the United States Treasury securities’ auctions when the fabled investment firm, Salmon Brothers, cheated.  In the aftermath, I helped rewrite the regulations and automate the process.  Salmon went into a tailspin and eventually disappeared.

I was at MCI when WorldCom acquired it.  A few years later, the company was embroiled in an epic accounting scandal.   WorldCom went bankrupt, and billions of dollars in shareholder wealth were lost.  I peripherally knew people who were arrested, convicted, and jailed for their actions.

I worked for Fannie Mae when it started purchasing sub-prime mortgages, which were both lucrative and risky.  Less than a year later, the housing market imploded, and the company was placed into conservatorship.

Despite my proximity to these events, I never had to make a difficult, ethical decision.  However, I wondered what would I have done if I were in the other peoples’ shoes?

A Manage This! podcast on the Boeing 737Max prompted me to consider this project’s challenges.  The incident offers a case study of complex decisions that ultimately had tragic consequences.

The pertinent facts are:

Questions arising from this case include:

I often reflect on the NPR interview with Bob Ebeling.  He was a Morton Thiokol engineer whose warnings to NASA program managers were dismissed.  Tests showed that the space shuttle’s O-ring seals were likely to fail in cold weather.  He was haunted by that event for the rest of his life.

Ethical decision-making is context-sensitive.  The best approach depends on the project, corporate culture, and the nature of the decision.  I have employed the following practices—so far they have served me well.

When it comes to making ethical decisions, there are 3-outcome zones:

Plotting the consequences along this continuum clarifies the decision.  The unacceptable should obviously be rejected.  I prefer to establish my boundaries well within the acceptable range.  Moving into the questionable zone puts you on a slippery slope.

I was the Treasurer of a charitable organization whose finances were in disarray.  I hired an auditor to conduct a review.  Questionable practices were identified.  I took swift corrective actions even though many of the changes were unpopular.  I felt a fiduciary obligation to our membership.

Jiminy Cricket was Pinocchio’s conscience in the Disney movie classic.  He sat on Pinocchio’s shoulder and tried to warn him before he did something wrong.

Sometimes we need a trusted colleague to be our Jiminy Cricket.  Someone who will dispassionately observe and provide clear objective guidance and advice.

I managed a complex, high-visibility program for a large company under financial pressure.  We were developing new capabilities to manage the investment portfolio and market risk.  Despite the urgency, senior leaders were not united in their support, and the project was very political.

I hired a trusted senior consultant to be my advisor—my Jiminy Cricket.  He was experienced, respected, and had strong political awareness.  He attended our leadership meetings and observed the dynamics.  Afterward, we would debrief and strategize.

When it became clear that the project needed to be canceled, my colleague helped me see the inflection point early and build the consensus needed to make this difficult decision.

Project managers are generalists.  Our strength lies in our ability to coordinate the work of others.  While we may have domain knowledge, we are not specialists.  It is impossible to have expertise in all technical domains of a large project.

Successful project managers know the limits of their knowledge and capabilities.  To compensate for gaps, they develop relationships with trusted specialists.  “Phoning a friend” gives them access to experts with whom they can safely ask important and probing questions.

Board of Trusted Advisors

Creating a board of trusted advisors assists in navigating projects with multiple technical realms and competing interests.  An effective board will have diverse perspectives and opinions, allowing concerns to be raised and resolved early.

Crowdsourced decisions are better than individuals acting alone, especially when there is a high degree of uncertainty.  However, this process must be well-facilitated.  The board of advisors must be independent, diverse, and believe their opinions matter.

The process to approve the COVID vaccines follows this process.  Advisory panels include experts representing different fields who provide input to the decision-maker—the Centers of Disease Control and Prevention Director.

Imagining your actions and decisions were printed on the front page of the newspaper is a litmus test for ethical decision-making.  Consider how you would feel if your mother read an article about you, your project, or your company.  Would you be proud or embarrassed?

Complexity, nuance, and background are not conveyed on the front page.  They may be included in the back section, but judgments have been made by then.  The kaleidoscope of perception looks very different when viewed through the lens of public opinion.

Shortly after the housing market meltdown and Fannie Mae was put into conservatorship, employees in the Dallas office went on a golf outing.  A few months earlier, this would have been a non-event.  However, when this faux pas found its way into the news, it was an embarrassment for the new CEO.

Complex, ethical decisions rarely appear with flashing warning lights.  Commonly, they arise from ordinary problems.  Only in retrospect do we realize their magnitude.  Consequently, employing these practices and developing the muscle memory before it is needed is valuable.

To learn more about our training and consulting services or subscribe to our newsletter, visit our website: http://www.pmessentials.us/.